In this first post I’ll focus on this Cromarty Forge army. The Children of Apep have 3 type of army. A static home defence force, which focuses of fortification and plentiful core troops. The second is the Desert Raiders. This represents a mobile raiding force emphasising speed and mobility. The third and the one I’m spotlighting here is the Royal Army. This is the army of invasion with all the best troops in abundance. The list I’ve drawn up is as follows –

The first command is a big hammer. The Stegosaur flanked by Guards, benefitting from the extended range of Terror the Relic Beast brings, is a force to reckon with. The Heroic general while detached can move twix the Guard units offering the melee re-roll when required.

The next command is the anvil. A couple of solid Matix Warriors backed up by bowmen acts as a second line in defence. The General in this command is a Wizard. His prime purpose is to cast Desert Sun each turn to mitigate the Cold-Blooded nature of this army.

The 3rd command is a mobile raider. The Archaeoptaurs flit around the flanks, looking for opportunity of exploitation. The attached general accompanies the Ceratope Riders and can act as either a fire brigade, or a hammer to smash a weakened opponent.

Finally , the 4th command is the ubiquitous monstrous general – everyone loves a hero riding a Dinosaur right? The Spine beast acts alone and is looking for attacking opportunity close the main lines where his Terror can cause an adverse effect on the enemy nearby.

Tactically, the army fronts up with the Stegosaur block. While a valuable asset and catastrophic to lose, its this block that will do the battering. Flanked by the Spine Beast and Ceratope riders this gives a solid 2nd punch where the enemy is weakened. The flyers make a nuisance of themselves, or threaten the enemy camp. Finally the Matix Warriors can be in the front line, or a more likely as a 2nd line reserve. The bowmen can either camp in rough terrain, or fend off enemy light troops who look to do camp raiding of their own.

John at Cromarty has kindly created an army pack based on this list, and it is available from his website here 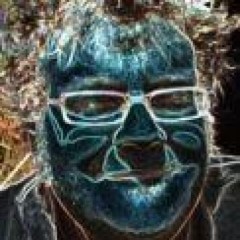 View all posts by simon clarke
Skip back to main navigation

Buy Me a Coffee